This Text is produced as a Zipped pdf file, for which a Download Link is given Following Purchase 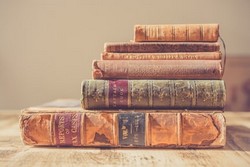 The existential energy that pervades, within, without, and in-between every thing, and revealed through the White Tarot, can be described in terms of the personified energy that constitutes the four universal elements of Earth/Physical, Water/Emotional, Fire/Mental, and Air/Spiritual.
These universal  elements are symbolised and revealed through the White Tarot's suit structure:

However, the four elements should not be considered in their physical realities, but rather as personifications of collective energy within the complete spectrum of experiential reality.
The word "element", in this sense, means the "final form" into which something can be "divided", or the "final form" that a final division takes place and no more division is possible.

The following frequently asked questions add further insight into the world of the Tarot:
Q) What is the tarot?
A) The tarot is a collection of symbols and numerological associations that describe man, his perception, his expression, and his journey through life.
Q) What is the origin of the Tarot?
A) The Tarot originated in Europe around 1000 AD. It was developed in consequence of the Dark Age Christian persecution of esoteric thinking. Consequently, all knowledge, particularly esoteric, hidden, and forbidden knowledge, was encoded into twenty-two pictographs, and then hidden as "trumps" in a card game called "Tarot". The hidden knowledge was then unknowingly preserved, but in full view, and carried throughout Europe by gypsies and jongleurs.
Q) What appears to be the earliest date of Tarot cards?
A) AD 1392, the Tarocchi Deck.
Q) Is there any evidence to support the existence of Tarot cards prior to the 1300s?
A) No.
Q) Have any Tarot cards been found in Egyptian hieroglyphics or the like?
A) No.
Q) Have any Tarot cards been found in the traditions of the East?
A) No.
Q) Is the Tarot linked to Atlantis?
A) The Tarot, as we know it today is not linked to Atlantis; however, the symbols encoded within the Tarot Trumps contain the hidden history that was preserved when Atlantis was destroyed.
Q) What is the origin of the White Tarot?
A) The White Tarot was developed, by the author in 1976, to be free of traditional Tarot restraints and interpretation, and to reflect the simple reality of experiential existence. Thus the secret of the universe and the purpose of life can be readily understood, and practical application can be revealed and confirmed through the White Tarot.

The White Tarot was developed, by the author in 1976, to be free of traditional Tarot restraints and interpretation, and to reflect the simple reality of existence.
Thus the secret of the universe and the purpose of life can be readily understood, and practical application can be revealed and confirmed through the White Tarot.

For ease of reference, notation, and creation, the White Tarot typically uses standard playing cards that have been appropriately annotated by the reader.
However, any suitable set of blank cards can be used.

The White Tarot represents the sphere of existence that man is currently operating within, and describes this sphere in terms of consciousness, mentality, emotion, and physical reality.
Through the White Tarot, we as individuals can gain a better understanding of ourselves and the experiential universe that we operate within.

As conscious beings, we exist within a system of common devising and agreement.
This system facilitates the personal expansion of consciousness through experience, and the symbols evoked within the WhiteTarot, describe, and unlock this reality.

Following the study of the material, you will be able to:

--  Understand the origin and the purpose of the Tarot.

-- Identify and name each of the major Tarot cards.

-- Identify and name the various symbols associated with the major Tarot cards.

-- Identify the numerological significance within the Tarot.

-- Integrate the cards into structured readings.

-- Interpret the presented symbols in the reading.

--  Analyse, from the reading, the life implications, influences, directions, and  make an overall assessment that is of benefit to the questioner.

There are two components related to a White Tarot reading:

1) The  layout, or spread of the cards

2) The interpretation...
And all is explained in this book.
You might like to try the "Developing Intuition" Hypnosis Program

Developing Intuition - Hypnosis
Lay back and be guided into a pleasant state of deep relaxation through voice, the drowsy sounds of the sea, positive visualisation, and dreamy music ambience. In this hypnotic state, you will access, and reprogram, your subconscious mind to enable you to develop and enhance your sixth sense, perceptions, problem solving ability, and natural power of intuition.
Leave a Comment
0
reviews
Back to content